Fans send albums around the world to remember their favorite musician

Scott Hutchison, lead singer of the band Frightened Rabbit, wrote honest lyrics about grief, break ups and bouts of depression. For fans, Hutchison’s music served as a sign of hope through the darkest periods of their lives. When they learned in 2018 that Hutchison had passed away by suicide, fans wanted to do something to show the impact he’d had on each of them.

A team of fans set out to send several Frightened Rabbit records around the world, from fan to fan, to show the international impact of Hutchison’s music. They used lyrics from a Frightened Rabbit song as their guiding principle: “While I’m alive, I’ll make tiny changes to earth.” Hundreds of people began signing up to participate. Upon receiving the album, each participant planned to create a music video describing her love for the band along with a poem, letter or piece of art to be sent to the next person in line. Through a common love for Hutchison’s music, the project transformed a diverse network of strangers into a tight-knit group of friends that spanned the globe. 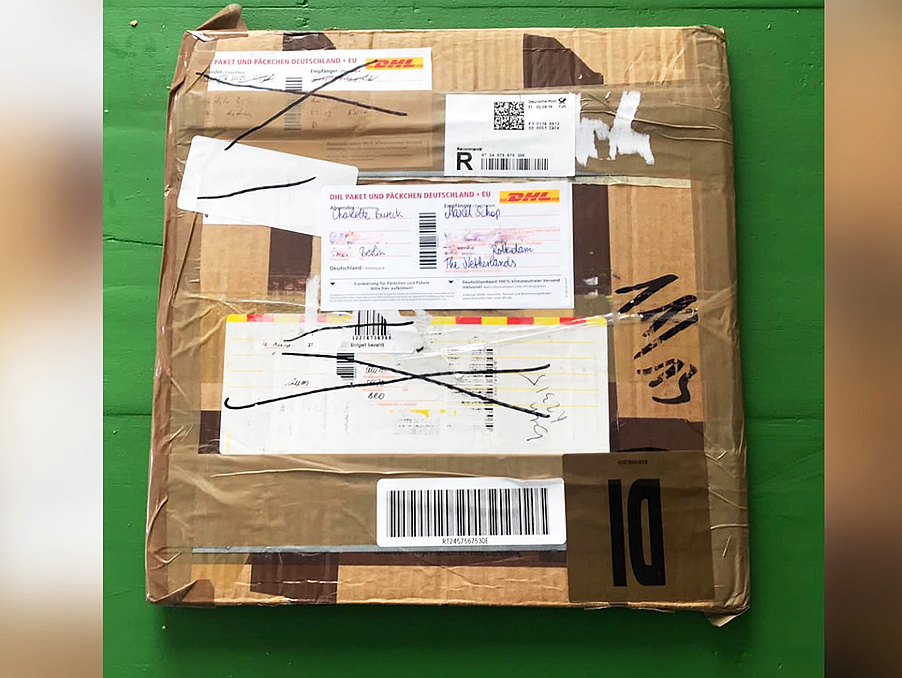 A Midnight Organ Flight participant from the Netherlands receives the record in the mail with a patchwork of addresses and shipping labels, showing the long journey the record has been on throughout Europe. It’s just one of four records that are circling through the world. Marcel Schop, August 2019.